Social Work Education, The Alinsky Method and the Fomenting of Social Revolution

Seven years ago, I sat in a college classroom simply awestruck at what my professors were saying. It was being suggested in an ever so subtle manner that anyone who didn’t vote for Barack Obama did so out of an unconscious bias against black people. What they were pushing of course, was the theory of white privilege; a theory which suggests white people are inherently racist and the beneficiaries of a system which affords them privileges at the expense of all minorities. For decades now, our institutions of higher learning have been teaching students that America is an oppressive nation that favors only the rich white man and the problems which our society faces are due to our inherent greed and white supremacism. My professors used my opposition to this theory as an excuse to target me and suggest I wasn’t fit for the social work program, along with my disagreements on social justice. Social Work, being political in nature and dependent upon the redistribution of wealth almost requires that students and workers have a liberal ideology. I challenged these assertions fiercely and even suggested by teaching such falsehoods they were in fact, doing nothing more than sowing the seeds of discontentment and creating hatred towards America. They were deliberately discrediting our nation while focusing that dissatisfaction upon the white man. In short, they were training students to organize for a social revolution, the very social revolution we see taking place now.


The field of Social Work includes the profession of community organizing. Community organizers work to stir up the masses, spurring them into political action for the purpose of obtaining political power and affecting social change.[1] In a sense, it could be argued that social work in the academic setting is a form of community organizing as the students are presented with nothing but social problems allegedly caused by the white man’s political system and in effect, being presented with socialism as a solution. According to the publication Social Work Helper, a social workers values should be shaped by socialism and social democracy.[2] A social workers purpose is to de-construct systems of oppression by evaluating power structures and systems of inequalities which the left equates with America’s capitalist system. A community organizer’s purpose then is to organize people into pushing for socialism by creating anger and resentment towards the existing system. This is exactly what has been taking place and the consequences of the lies being pushed are starting to show themselves in the form of violence.


It is difficult for many people to understand these concepts. Most Americans are still Christian; which means that they operate on a system of principles which include a universal morality and the existence of truth. Truth to the left is subjective and only useful if it is something that pushes them towards their goal. Otherwise, there is no truth. In the book “The Naked Communist”[3] Kleon Skousen describes the denial of an absolute truth as the third premise of communist/socialist beliefs. They believe, essentially, that lying is not wrong because there is no truth. If their lie furthers their goal of what they believe is a better world, it is morally right. This is also a premise of community organizing. Saul Alinsky, in Rules for Radicals,[4] describes this by explaining means and ends morality.


In action, one does not always enjoy the luxury of a decision that is consistent both with one's individual conscience and the good of mankind. The choice must always be for the latter. Action is for mass salvation and not for the individual's personal salvation. He who sacrifices the mass good for his personal conscience has a peculiar conception of "personal salvation"; he doesn't care enough for people to be "corrupted" for them. (Alinsky, 26)


What Alinsky is arguing is that the end, a transformed society, is worth whatever means it takes to achieve it because their vision of socialism is morally superior to the current system in which we live. This is tantamount to the same philosophy explained by Skousen. Alinsky, being an atheist, believed there was no moral truth; therefore, it was morally justifiable to lie if it advanced the goal of a socialist society. Morally corrupted means, he argued, do not corrupt the ends because there is no universal morality.


To say that corrupt means corrupt the ends is to believe in the immaculate conceptions of ends and principles. The real arena is corrupt and bloody. Life is a corrupting process from the time a child learns to play his mother off against his father in the politics of when to go to bed; he who fears corruption fears life. (Alinsky, 24)


Where does this leave us now? Our society, as a result of an education system that has been encouraging hatred of our country is teetering on the edge of disaster. It can be argued that the principles described above, and the belief that there is no truth, are responsible for the recent violence we have witnessed. A website called Haaretz[5] has published an article claiming that the violent actions of Antifa are justified as self-defense against a racist system of white supremacism and bigotry. The author can publish such nonsense because these lies have been spread for so long, they have come to be accepted as truth. Antifa is the perfect example of people being stirred into action by being inundated with lies about inequalities and social injustices. They are the perfect example of what I warned my professors would eventually come if they kept pushing the lies and hatred they were.


Until Americans understand and accept that what we are seeing in our country is not a spontaneous effort to create a fairer system, but a deliberate attempt to break us down and institute socialism, nothing will change. We must refuse these notions of moral relativism and fight for a return to Biblical morality or else we will not survive as a nation. Alinsky argued that corrupted means would not corrupt the ends because he doesn’t believe in God, therefore there is no immutable truth. How could the results of lying be anything but corrupted? Socialism has proven time and time again to lead to nothing but despair and suffering. The left cannot admit the truth of socialism for fear of losing support. The whole premise of what they are pushing is a lie therefore, corrupted ends are inevitable.


Our government is riddled with crookedness and fraudulent politicians. Everyday we see our politics denigrated by those in power who espouse the belief that America is an unjust country. In fact, a recent poll suggested that Americans have less faith and pride in our political system than ever before.[6] You have to wonder, based on the information presented in this article, are they doing this on purpose to discredit our system? Are they intentionally trying to create a sense of hopelessness among the general population so when the time comes, they will be willing to accept change? This is a difficult question to ponder; one that creates discomfort or is easily discarded as a crazy conspiracy theory. The evidence in my opinion, is overwhelming when you understand the connection between social work education and the Alinsky method. It is a question that the reader must answer for themselves.


There's another reason for working inside the system. Dostoevsky said that taking a new step is what people fear most. Any revolutionary change must be preceded by a passive, affirmative, non-challenging attitude toward change among the mass of our people. They must feel so frustrated, so defeated, so lost, so futureless in the prevailing system that they are willing to let go of the past and chance the future. This acceptance is the reformation essential to any revolution. (Alinsky)


I write so much about this because I experienced it firsthand. I watched, not in silence mind you, as my professors in a social work program constantly made false allegations against our country to discredit and demoralize our values. They were attempting to stir up discontentment among the students while planting in their minds the seeds for fomenting social revolution. The social revolution we see taking place today. 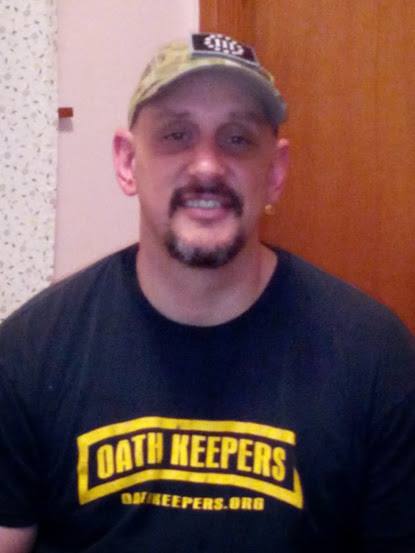